The Spy Series is a series of articles that would share the stories of spies in the Middle East.

in Freethinkers
Reading Time: 6 mins read
128 10
A A
Share on FacebookShare on TwitterShare on TelegramShare on Whatsapp

“The Pearl of Beirut” Agent Shulamit Kishik-Cohen journey from Buenos Aires to the Holy land. 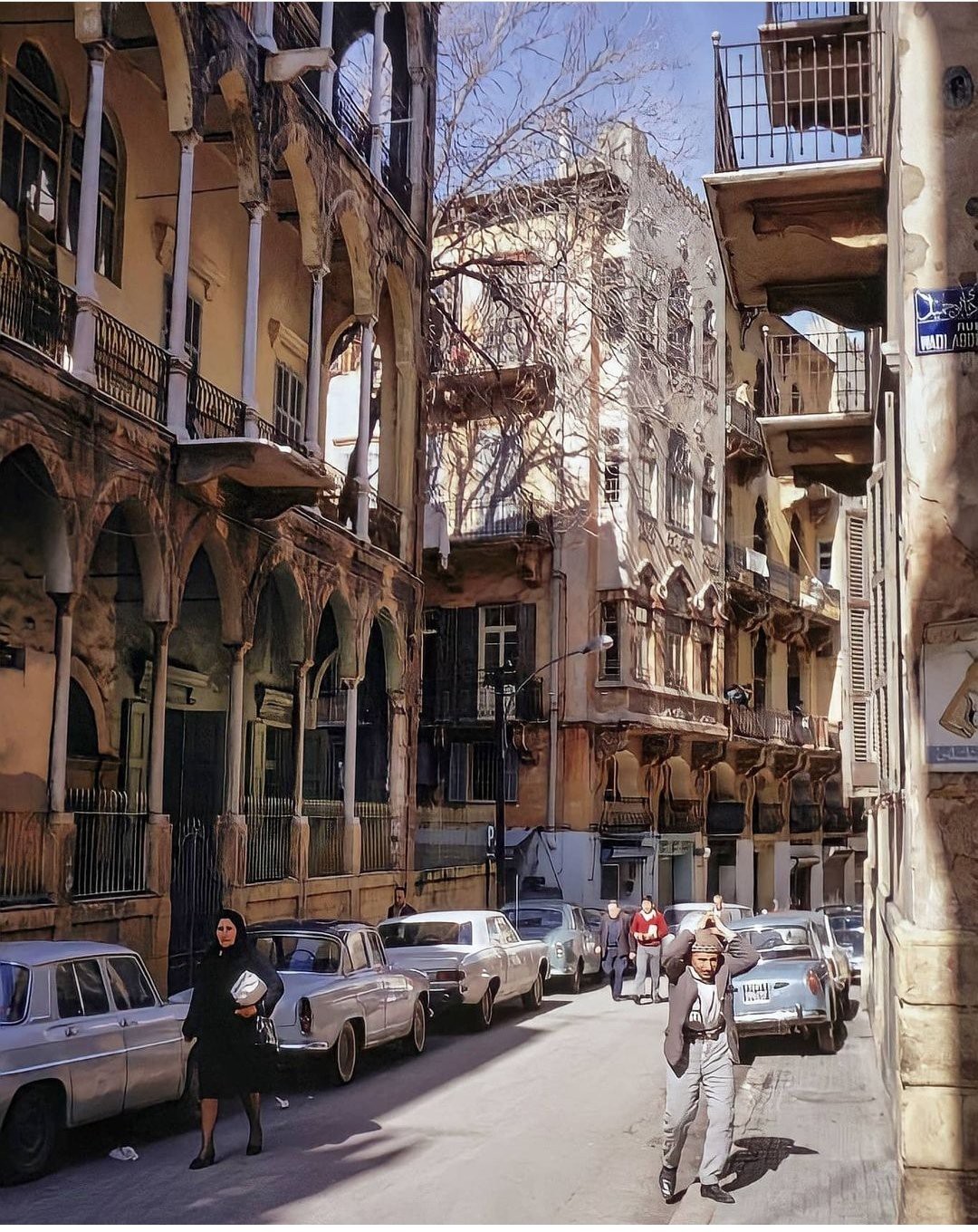 In 1922 large-scale emigration of Jews from Eastern Europe to Palestine began, due to the Nazi expansion in Europe. Jewish families from across the globe saw Jerusalem as a destination for new opportunities when the world was facing major political-economic changes.

As the economic crisis worsened in Argentina, Shula’s Cohen’s father, an Egyptian Jew, decided to move his family to Jerusalem due to financial challenges they faced living in Buenos Aires. Her father commuted between Jerusalem and Buenos Aires with aim of expanding his business ventures leaving Shula with her Mother and Siblings to discover the new place they have landed in.

Shula began her studies in the Evelina De Rothschild School in Jerusalem and began to discover Jerusalem, which she saw as heaven due to its importance in her Jewish consciousness. As her families financial situation tightened she was married off at 17 to Joseph Kishik, a Lebanese Jewish merchant, who lived in Wadi Abou Jmil, a Jewish quarter of Beirut. Shula eventually started a family with Jospeh and helped him in one of his shops. However, she was always thinking about Jerusalem and the future of Judaism.

As she was keen to form a connection with the Jewish intelligence of the Haganah forces she started gathering information by talking with passerby’s and customers when working at her husband’s shop in Wadi Abou Jmil. Eventually her connections started to expand in a city where she initially did not know anyone.

After searching for ways to contact the Jews in Palestine she finally found ways to send messages via a traveling merchant who was her client. He passed her message to a Jewish settlements in Palestine. The message said, “I am Shulamit Kishik-Cohen, a Jew living in Wadi Abou Jmil and I would like to help”.

A few weeks later a delivery man stepped at her door and passed a note to her with a reply from the Jewish intelligence which contained the information needed for her to start cooperation. After that day Shulamit turned from a regular Lebanese citizen to an israeli spy under the codename of “The Pearl of Beirut” which would later establish the first Mossad network in Lebanon.

Roe, Wade and the American Dream

A few Thoughts About Populism

Latin America: from a time of changes to a change of time

Shula began her operations in the mid-1940s.It came at the early stages of the establishment of the state of Israel, which included a large influx of Jews into Palestine. This was restricted for a small period of time by the British after the Arabs in Palestine protested against the Jewish migration.

Shula played a major role in Wadi Abu Jmil’s pit stop and her role progressed she established a smuggling network with Lebanese operatives who were stationed in the Haganah headquarters in the Khiyam and Metulla area along the Lebanese-Palestine border. Shula used to accompany the Jews to the border in order to guarantee their passage.

After such operations were uncovered the Lebanese authorities restricted border control therefore she started smuggling Jews by the sea launching boat trips from the Ain El Mreisseh port to Jaffa (Tel-Aviv) each Wednesday . When the Arab Israeli war started in 1948 the basis of Shula’s operations changed. She turned from a smuggler to a pure informant attempting to gather information from the Lebanese and Syrian governments in order to serve the newly established Mossad intelligence agency.

Shula used her connections and power to expand her influence by gradually opening coffee shops, casinos, and aristocratic salon events. The events she held became famous amongst the people of Beirut as they had high government officials, military personnel, and businessmen. She later incorporated a prostitution ring into her network and used women to lure men into sexual services, which later became a major source of income and information gathering.

Shula’s salon gatherings held the highest-ranking and exclusive parties of Beirut which in reality was the major center point for intelligence gathering for the Mossad.

For years Shula’s operations went undetected by the Lebanese government and she was seen as one of the regular influential figures in Beirut’s society. In 1961 a scandal in the Lebanese Republic occurred after a large amount of money coming from monetary stamps disappeared from government records. Rachid Karame, the Prime Minister at the time, of the incident launched a nationwide investigation to uncover the perpetrators.

The investigations led to Mohammad Awad, a government official who was held under surveillance by the Lebanese Deuxieme Bureau (Lebanese intelligence agency. While spying on his phone calls one call with a woman stood out and caught the Lebanese intelligence’s attention. The information exchanged between the two was sensitive and led them to realize that the famous Shula Kishik-Cohen of Beirut was not who they thought she was.

The Deuxieme Bureau led a full-on operation to uncover Shula’s spy network. A Lebanese intelligence agent Miled Al Qareh, who went under the name of “Simon”, was assigned on a mission to get close to Shula and uncover information from her.

He was able to meet her by befriending Mohamad Awad who was always attending Shula’s salon gatherings. Simon then befriended Shula and started tutoring her children. Eventually he was able to get close to her and was able to initiate a relationship that would eventually develop into an affair. Simon started accompanying her in operations and meetings after he expressed his interest in joining the Mossad operations. He also held meetings with the Mossad in Rome and Istanbul posing himself as their agent.

After gathering enough information on her involvement in spying on the Lebanese government, its institutions and forming the first Israel spy network on Lebanese soil Fouad Chehab the then Lebanese President, and Gaby Lahoud of the Deuxieme Bureau, decided to launch an operation to take her into custody.

Simon was given the green light to initiate the operation. The first step was to convince her to hold a salon gathering in which she would invite government officials and high-ranking businessmen. The Deuxieme Bureau spread agents across the street from Shula’s salon and when the time came they went in and caught her. Shula was deeply shocked after she found out that she was manipulated by her beloved Simon started crying in disbelief. 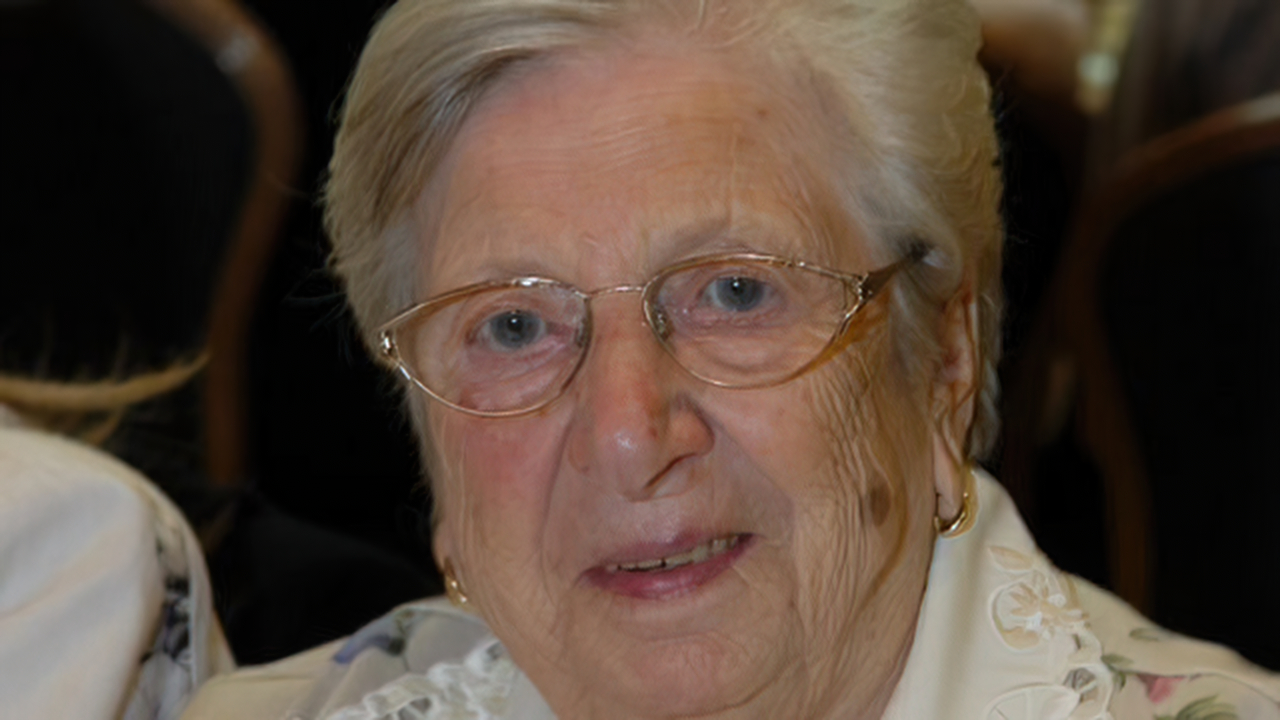 After she was caught and taken into custody she was sentenced to death in 1962 by the Lebanese court. However pressure from Western powers and Israel led to a change in the decision and a 20 year jail time. Later in 1967 during the Arab-Israeli war, she was released after a hostage exchange between Lebanon and Israel in exchange for dozens of Lebanese and Arabs who were held in Jail. After her return to Jerusalem, she was portrayed as a hero by the Israeli government and considered to be a warrior for the zionist agenda. She was given several awards such as the Yakir Yerushayaim citizenship award by the Jerusalem Municipality, the Yakir Seter honor by the intelligence community, and finally the Dona Gracia Medal in November 2011. She spent the rest of her life in Jerusalem with her family and died on May 11, 2017 at the age of 100.

Michael Maalouf is an economics graduate from the Lebanese American University where he got involved in libertarian activism. An alumnus of Students For Liberty, he formed a libertarian discussion group. Michael has worked in economic research for an NGO, created content for Tech and Startup events, and has published articles on various topics ranging from economics, politics, culture, and business.

Snobbery is a Cornerstone of Metropolitan Class Values

As a mixed race, single parent, working class, English lad from a Manchester council estate who had won scholarships and awards...

Around the world, many countries, including the United States, are seeing inflation rates rise higher than we’ve seen in a generation....

Vaccine Mandates Are They Legal

So, following a vote last month in the Commons, it looks like the road ahead for all NHS staff is paved...